Read about my experience and what I would do differently!

I have always been pro life, but only recently I realized I needed to be involved. This year, I thought going to the March for Life in Washington, D.C. would be perfect. I could do school online that week when I was not participating. The March for Life ended up being largely cancelled, with only a few people permitted to go.

One day I was asking my family for article ideas. My mom suggested interviewing someone who protested outside of an abortion clinic.

About a week  later, she showed me something in our church bulletin. It was an advertisement for a 40 Days for Life protest outside of a local clinic. She shared this with me to contact the person whose email was in the information to interview, as she had suggested earlier. I asked if I could go to the event. She originally said no, but thankfully changed her mind over my spring break.

I decided to make a sign, because I was inspired by Amanda Catey’s reel on GreatLifes’s Instagram, and also because I did not know some places provided signs for you.

At the event, it got uncomfortable holding my sign for an hour. One intelligent person used clips and string to make their poster be able to hang around themself.

When my mother and I arrived, we saw a single person outside the clinic. It was funny. I expected a small crowd of maybe 20 people, but it was just my mom, a nice woman, and myself. We got to know the woman. She told us the history of the place we were protesting outside of.

The woman also told us some about the doctors. The main one was adopted, her father also working there. She was given life through adoption, and now prevents other unwanted children from being put up for adoption.

The doctors there both did abortions and births. A lot of people giving them business were not aware that murder was commited in the same place they went for actual health care.

They had also refused to allow health inspectors in. I would expect something like that from Planned Parenthood, but maybe all abortion places are that supsicious.

People drove by, sometimes giving happy honks of support, while others had the audacity to flip us off.

As the time passed, a few more people trickled to the sidewalk with us. Everyone protesting was very kind. It seemed like everyone had something to recommend, like watching “Unplanned” or looking into the Radiance Foundation.

When it was time to leave, I was grateful to leave the cold, but had had so much fun. I definitely think you should try going to some sort of rally for life. Make sure you are prepared- with a sturdy sign, any informative packets you want to give out if you plan on interacting with women planning abortions, and dressed for the weather. I am looking forward to my next pro life rally! 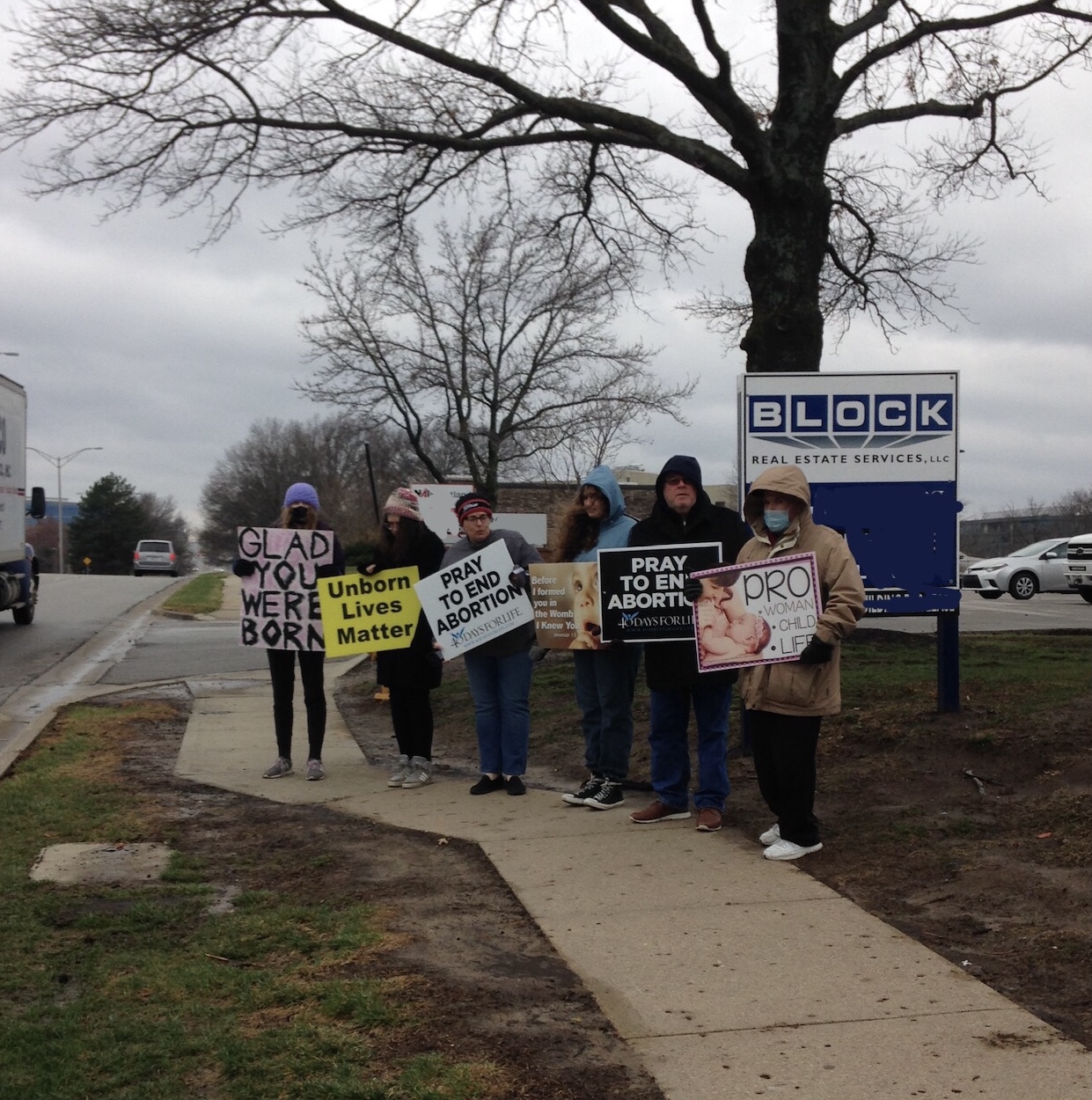