Margaret Sanger, the founder of Planned Parenthood, was a eugenist and racist. 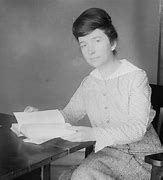 In this article, we will be examining a 1923 article of hers titled, “A Better Race Through Birth Control.” You can read the original article here:

Early in the first paragraph, the author says, “It has often been said, and never with more truth than at the present time, that man breeds his cattle with more intelligence and care than he breeds his own kind.”

She says a man will put more effort into his cattle than his children. Lack of what she deems as quality humans-ones with high educations, ones from fortunate backgrounds- will continue to surface in this article. A perfect example:

“The draft figures alone should be sufficient to galvanize the human race to action, for the intelligence tests made on our soldiers during the recent war indicated that approximately 25 per cent of our population never attains a mentality superior to that of a twelve-year-old child.”

If this is true, so what? Not every person should be a genius scientist, go to college, or even be good at math. Every person is gifted, some with intelligence in regards to school, others in different ways. Everyone has something to bring to the world. If you do not have a high education, you are still needed. You may be building houses, serving food, stocking shelves, or fixing cars (not that those people cannot be smart;

the point is that their careers are essential trades, and may be highly skilled, but are often done without college education).  Margaret Sanger likely relied on these people in her day-to-day life. If she lived in a house, went to the grocery store, or had a car that needed repairs, these workers made her life easier.

“The object of civilization is to obtain the highest and most splendid culture of which humanity is capable. But such attainment is unthinkable if we continue to breed from the present race stock that yields us our largest amount of progeny. Some method must be devised to eliminate the degenerate and the defective;”

She is stating that we need to eliminate the people who do not fit her description of perfect- with no “defects.” What she saw as perfect, as we will look into in another article, is also strictly white.

Less than two paragraphs in, Margaret has devalued humans she sees as imperfect to “the degenerate and the defective.”

“It is impossible to conceive of eugenic legislation that would be acceptable and that would cover the present need.”

The term eugenics is often used when talking about the Holocaust. Hitler and others believed Jews to be a dirty race, less fit than the Aryans. No proof backs eugenicists’ beliefs. The concept of eugenics is this- have the people with desirable traits reproduce, and limit reproduction of those with undesirable traits.

Throughout history, the “undesirable traits” have been race and ethnicity.

“Fortunately, however, birth control offers an avenue of escape…Given Birth Control, the unfit will voluntarily eliminate their kind.”

Since she cannot legally prohibit the reproduction of “undesirables,” she attempts to reach her goal by manipulating the “unfit” into being eliminated.

“It is reasonable to assume that women of subnormal mentality, however lacking they may be in vision and altruism, would prefer to avoid the pain and responsibilities of procreation, if the satisfaction of sex could be divorced from reproduction.”

She wants to take away consequences.

“Birth Control will be an effective force in the solution of the problem of the social evil, and in the control of venereal diseases.”

Her expectations were unrealistic, as almost 100 years later, STDs are still around. She has another unrealistic expectation: that Birth Control will end prostitution. Wouldn’t having prevention of any consequences only strengthen the amount of prostitution?

“With adequate knowledge of Birth Control, these young men would very generally choose marriage instead of prostitution, and the solution of the problem of the social evil might be achieved.”

“Almost any rational person is willing to admit that the earning power of an average husband and the physical health of an average wife are unequal to the demands of an excessively large family, and that earning power and health should be considered in determining the number of children in a family.”

She does make a good point that having many children can place a financial strain on families.

She goes on to say, “Marriage itself is reduced to prostitution when the child is regarded as a necessary justification for sex relations.”

So nearly every marriage before the last century or so was prostitution? Her statement goes against many religious beliefs, so people exercising those beliefs are involved in prostitution?

“The home is the backbone of the state, and upon it depends the whole social structure.”

The previous statement is true, something nice in this paper.

Some other high expectations she has:

“Birth Control means liberation for women and for men. It means freedom and happiness. It means gifts and blessing for the family and the nation.”

“Birth Control will give the husband courage.”

“Husband and wife…will be made permanently happy and successful.”

“Birth Control will thus make of the home a place of peace, harmony, and love.”

All of these statements could be true in some cases, but not in most. Abortion, at the time, was an illegal thing.  Her hypothesis of birth control preventing abortion was inaccurate, especially now with Obama Care completely covering the cost of birth control.

“It will give the woman a chance to develop mother-love, instead of being an irritable drudge, overwhelmed by the demands of too many children, a broken-spirited, harassed slave of excessive motherhood.”

The connotation of this is very negative. She seems to dislike the concept of large families. For some people, a large family would not work, but others want large families. Some women even enjoy mothering many children.

Because Margaret Sanger (a mother of three) does not think she could handle a large family, she assumes every woman with many children is an oppressed baby machine (as China has said about the Ugher

Legislation did that, not birth control.

“Constant exhortations from writers and preachers to the men and women of the better educated classes are being made to urge them to increase their small and carefully controlled families. This is a very definite testimony to the general conviction that in these families are to be found the finest children, the best Americans of the future. Give the women of the poorer classes a chance also to limit and control their families, and it will be found that in very many cases the material is equally good. The difference is that, like plants crowded too close together on poor soil, there is no chance to develop and the whole families are left impoverished in mind and body. Give room for each [to] grow and all may become fine and healthy American citizens.”

While this article of hers may not be as blatantly racist as others, she is definitely classist.

This article is neither for nor against Magart Sanger’s Birth Control, but its purpose  is to start showing who the founder of Planned Parenthood was.

One Reply to “The Racist Origins of Planned Parenthood”