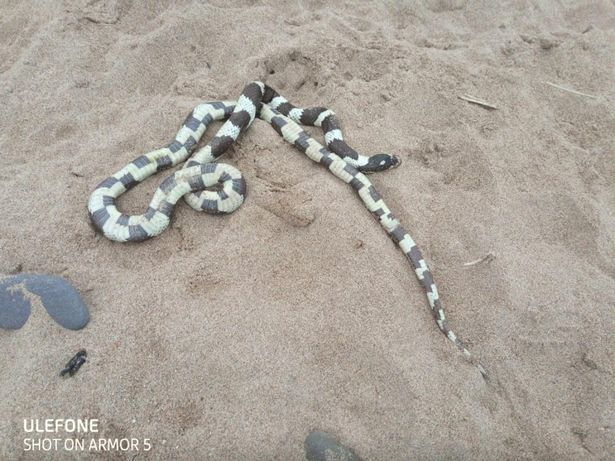 The turtle-headed sea snake appeared January 4th, 2019, the day the new law came into effect. This law allows a safe (for the mother), free, and legal abortion in the first twelve weeks of a pregnancy. In years prior, abortion was only permitted in cases where the mother’s life was in danger. About twelve women a day would leave Ireland to seek abortion in Britain. In three years, there were less than 100 legal abortions total (72). This number drastically changed after the law passed.

In 2019, there were 6,666 abortions. You may recognize the last three digits as the Mark of the Beast. One Pro-Choice mantra is that there are fewer abortions once it is legalized, but that is not the case in Ireland. The number of abortions Irish women got in Britain is 4,380 per year. Irish women received 2,000 more abortions than they did leading up to the legalization.

The Republic of Ireland’s president, His Excellency Michael D. Higgins, an Independent as of ten years ago, signed the bill for the 36th Amendment, repealing the Eighth Amendment.  The Eighth Amendment guaranteed the unborn a right to life, unless the pregnancy was life-threatening. The people of Ireland favored the 36th by two-thirds of the 2.1 million votes, despite Ireland’s over ¾ Catholic population. The law was passed January 1st, 2019, which is typically the Feast Day of the Mother of God, a holy day of obligation for Catholics. 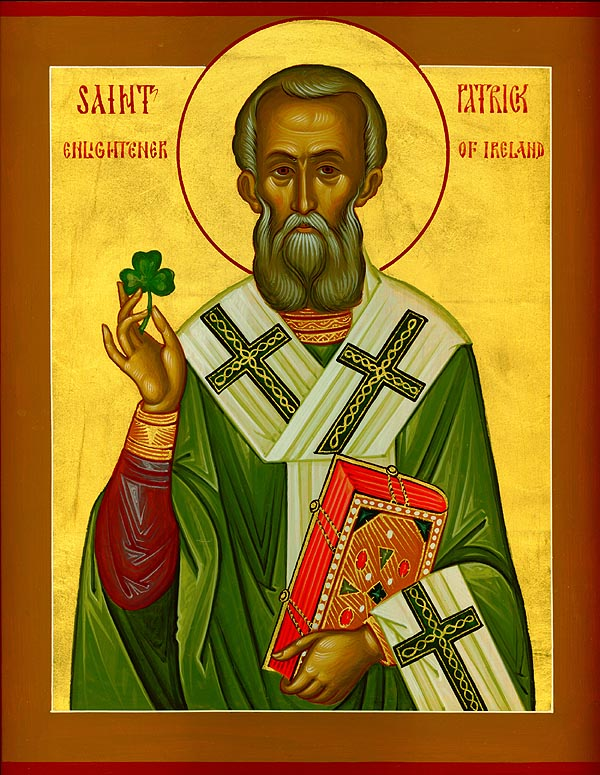 Saint Patrick lived in the 400s. He is Italian by blood, was raised in Britain under Roman rule, and lived in Ireland for a large portion of his life. As a teen, he was kidnapped and became a slave in Ireland. He found his faith during the six years he spent herding pigs. He had a dream of escaping, inspiring  him to leave his master. He later returned to Ireland as a missionary, with the goal of strengthening and spreading Christianity after an angel appeared to him in a dream.

He is said to have raised 33 people from the dead.  One time he was with a group  of sailors when they needed food; he prayed and when he was done a herd of pigs appeared, which would sustain the group until they could look for food themselves.

St. Patrick is known for driving the snakes out of Ireland. The legend says he went atop a mountain, commanded all the snakes to gather at his feet, then beat a drum, banishing them into the water.

However, the story of St. Patrick has been challenged by science. Nothing has pointed to snakes being in Ireland besides the story of St. Patrick. This is due to the temperature of the seas surrounding the republic. It is likely the snakes symbolized pagans, those without God. Ireland was a very Christian country, but the legalization of abortion shows that Ireland is abandoning faith, at least politically.

Science tells us a snake washing up on the Irish coast is abnormal. Science also says the turtle-headed sea snake lives in Japan, the Philippines, and Australia. The only explanation for the appearance, besides going around the entire Europe-Asia continent, would be if the snake was someone’s pet.

Snakes have been a religious symbol for sin since the beginning. Eve is tempted by the Devil, disguised as a snake, to eat the forbidden fruit. Mary is often depicted standing on a serpent. At the end of the day, whether you believe a snake is a bad omen or St. Patrick’s story, the fact is simple: three days after more lenient abortions were legalized, a snake washed up on the Irish Coast.

Turley, K. V. “Is It Mere Coincidence That a Serpent Came Ashore in Snake-Free but No Longer Abortion-Free Ireland?” Life Site, 14 Jan. 2019, 7:56, http://www.lifesitenews.com/opinion/is-it-mere-coincidence-that-a-serpent-came-ashore-in-snake-free-but-no-long.&nbsp;

Calkin, Sydney. “One Year on, It’s Clear That the New Irish Abortion Services Have Serious Limitations.” The Conversation, 15 Jan. 2020, 6:39, theconversation.com/one-year-on-its-clear-that-the-new-irish-abortion-services-have-serious-limitations-129491.

“Abortion in the Republic of Ireland.” Wikipedia, 24 Jan. 2021, en.wikipedia.org/wiki/Abortion_in_the_Republic_of_Ireland.